What I'm Reading On My Kindle! 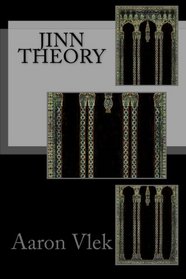 Rafiq is quite satisfied with himself. As the proprietor of a small but eclectic antique shop in Istanbul he entertains a colourful mix of neighbours on a small dead-end street. Rafiq smugly believes he has these people all figured out: the old baker whose family has now abandoned him, the sophisticated snob who parades in and starts to insult him and everything in his shop, the Sufi who's trying to save his soul, and then there are those fundamentalists at the end of the street who run the small mosque.

When all these lives start unraveling, it is Rafiq who finds himself at the heart of a growing maelstrom which threatens to destroy his peaceful solitude and morning reveries in the garden in the back of his shop. Then there's that old coin that shows up in his shoe, a trumpet that just won't stay put, and the unexpected arrival of an old friend in the middle of the night. But what's most troubling for Rafiq is the appearance of the Jinn who is at the heart of it all.