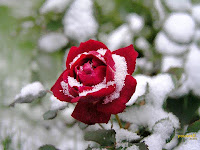 I came upon a very lovely quote the other day by J.M Barrie, best known as the creator of Peter Pan, about memories: “God has given us our memories that we might have roses in December”. I (maybe too hurriedly) thought this a most appropriate occasion to drop what I was doing to reflect on my stock of memories so far. Kind of like an inventory sort of thing. Some might say I was procrastinating, I merely reply: researching!

Now I am not usually in the habit of dwelling on the past; first due to lack of time in general and secondly and probably more importantly is that it feels too early for me to be ‘picking my roses in December’, convinced in the belief that I am at an age where if I dwell now, there is a fear that this means the creation of new memories is at a standstill which will mean a short supply of roses later on.

Anyhoo, for now, taking advantage of my dwelling on past mood, I embark on a trip through memory lane. I smile at some, and cringe at most and then all of a sudden I am panicking, sweating and maybe even hyperventilating. Why? Because fishing through the memories of my last ten years, all I seem to be coming up with is diapers, vomit, school bake sales, kids’ birthday parties, sleepless nights, smelly underwear and more school bake sales. Not one single cringe-worthy dancing-on-tables incident. Hell, not one cringe-worthy-dancing-episode full stop! and certainly not enough outings on the town with my friends. By far not enough material for my rose picking in December when it’s time scenario. What to do, what to do?

I quickly scan next week’s calendar and find my weekend already hijacked by two of  JJ’s (my 10-year old) best mates to celebrate their turning a decade old. Big deal moving into two digits, so there goes any plan for the weekend or any chance of not going. Besides both friends live just across the road and coming up with an excuse as to why you can’t cross your threshold to meet up with them does become harder when they can see right through into your living room.

Back to the calendar and it seems that Friday is the best night to go out because a) it’s not a school night and b) it’s not a school night. If you’re wondering why that is important then it’s because I have the type of child who will not go to bed until I am back. Anyway, a couple of phone calls and Google searches means that two friends, my sister (who is in town for a few days) and I are set for dinner at Joe Allen’s after which we are to head to ‘Matilda:the Musical’ in the West End. The musical has had brilliant reviews with whispers of standing ovations every single show and that Friday happened to be just a few days after Roald Dahl Day. Being the everything-books addict that I am, how could I let such an opportunity pass? So all in all the night could not have been better sorted!

As I sit and write this, Friday has come and gone now but it is one for the books. First let me say that ‘Matilda’ was absolutely brilliant and a definite must-see (seriously book now!), the food we had divine (never ever have I had a better risotto) and the company was just as it should be: warm, intelligent, funny and vibrant. However, by the time the play was over and we’d gone through a few tipples, it was past midnight and my body was screaming to go home. Offering up my sister’s early flight the next day as an excuse (I was driving her to the airport) I scurried back home, and was soon tucked into bed happier than a pea in its pod. Sadly, there are no cringe-worthy moments to report.

So here’s the thing: Sure my memories of the past ten years are not as colourful as they were when I was, ahem, slightly younger, but colours come in different shades, some bright others less so but, no less beautiful. Spending time with family and friends, doing the things you enjoy, are fodder for memories to bloom and grow (sounds like a song I heard somewhere).  I learn that essentially it does (and probably rightly ought to) become more about the quality of the time spent going out rather than the quantity.  I also tell myself that although I may be growing up it certainly doesn’t mean that I am growing old. Rest assured I certainly haven’t parked those dancing shoes just yet, but they might not be going out so frequently is all. And in the end, it was one heck of a marvellous night.
Posted by Rana Asfour at 13:27